Skip to content
Home » Blog » Malaysian News & Events » What is Merdeka in Malaysia? 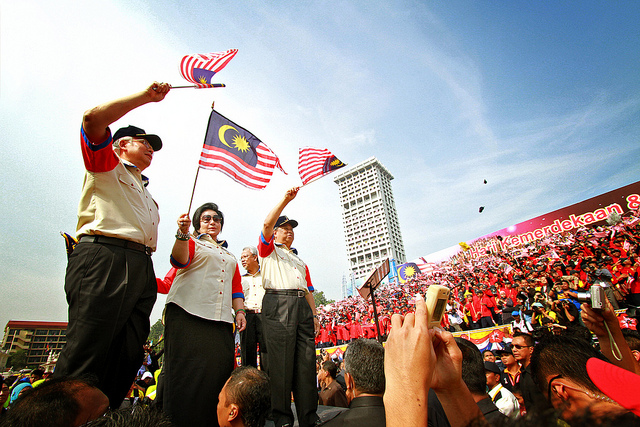 August 31st 1957 is a very important and memorable day in Malaysia as it is when our country first achieved independence.

The concept of Independence Day is similar to other countries whereby it just simply refers to the people of that country having freedom from invasion.

For Malaysia’s case, our independence refers to being free from the British Imperialism that was controlling the country and its people for many years before finally agreeing on releasing their grasp.

Was getting independence the right choice?

(While singing Frozen’s Let it Go) In proper human thinking, yes because being free meant everything.

But in modern urban thinking, a lot of Malaysians actually liked it when the British came because unlike the Japanese and Russian invasions which aims at killing and controlling, the British invasion actually brought up our fair country.

For an island with no technology back in those days, we suddenly have many schools being built, many citizens being able to read and write, many students being able to go abroad to the UK to study, and many cool cars being driven on the road and oh yeah… the road was also an addition too and all that, in just a year!

And when the British finally decided to leave the country into our own hands, our country had a slow development because we needed to find our own path now.

But supposing we get independence at least 10 years later, imagine all those technological advancements we would have gotten!

We might even be the most technologically advanced country in the whole of Asia!

Let’s celebrate in our own ways

Although in each and every decision the country makes have something to do with politics (more or less), let’s not make a big deal out of it and celebrate in our own ways.

If you see our Malaysian flags on houses, cars, motorcycles, even billboards and airports, you know now that it’s the National Independence day or in Malay we call it Hari Merdeka.

People from all over the World come over to see the beautiful and awesome charades (Really, who doesn’t like charades?) being made in the capital city Kuala Lumpur.

Hey its 31st August today so go out there and celebrate your heart out!