The lack of confidence is really annoying sometimes.

You can’t go to class without feeling nervous, can’t bear to meet people at the office, even when hooking up with an attractive girl seems almost impossible.

Although your body does tell you the truth about your greatest nightmares, they can in fact be molded to get you what you want.

According to Social Psychologist Amy Cuddy, the term “Fake it till you make it” is actually true.

When you act confidence even when you’re not, you brain will follow after.

So how do you act confidence?

Well here’s 3 simple tricks to help you smoothen things out:

One way to trick nervousness is to imagine that you’re the big man in the building and people want to talk to you.

Even if you’re not, that mindset is enough to get you thinking like a boss which equals to confidence.

Walk inside that room with pride.

Open up your arms and smile because that actually shows confident instead of putting them in your pockets.

Not too much though, you don’t want to appear like a retard shouting when you’re actually talking.

Increasing your voice projection instills HUGE amounts of confidence which would instantly give a reason for others to focus on you.

Imagine walking around feeling so scared that you’re actually stuttering when you speak, would people even listen to you? Probably not.

Remember even if you’re no big shot, acting as if you are WILL eventually turn you into one.

Even when you’re not, try walking around with your chest up like some mafia.

Because according to research, posing heroically or using confident gestures will give out an aura that will convince others that you are what you seem.

You don’t necessarily have follow Superman though, there are many other gestures you could do to portray yourself as a hero.

For example, when making coffee at your work place, do a heroic pose and drink the coffee with confidence.

You don’t necessarily have to do that all the time but supposing you know people will go there any moment (Like your boss), letting them see your confidence will surely impress them.

The act of being confidence does not come naturally to anyone as even the most powerful men in the World, Presidents, even CEOs DO actually feel scared more often than you think.

But how they came to be so confident, is by denying their emotions and acting like they’re the boss because sooner or later, your brain will start thinking that it’s a normal thing. 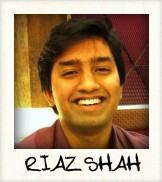 4 thoughts on “How to Gain Self Confidence When Going Anywhere”